Padgett Building is a family owned business serving the St. Louis – Metro area since 1992. Don and Ron Padgett have over 30 years of experience in New Construction and Remodeling.

When you visit one of our custom homes or renovations, there is a uniqueness that embraces you. Dreams are where it all starts and the Padgett Building team will work with you to create the home or business of your dreams. 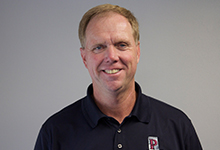 Ron has been CEO and Owner of Padgett Building & Remodeling Co. Inc since its inception in 1992.  He graduated from Althoff Catholic High School, earning an Associate of Arts and Associate of Science Degree from Belleville Area College and a Bachelor of Science Degree from the School of Business at Southern Illinois University Edwardsville.  Ron began his career as a carpenter and worked his way into management.

Ron enjoys playing golf with his wife, hunting, watching sports and giving his God given talents back to the community. 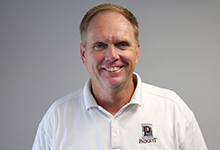 Don Padgett has been President and Owner of Padgett Building & Remodeling Co Inc. since its inception in 1992.  His areas of expertise are kitchens, room additions, lower level finishes, historical renovations and back yard living spaces.

He attended Althoff Catholic High School and received his Bachelor of Arts from Southeast Missouri State University.  Don has his certifications in CGR (Certified Graduate Remodeling) and GBD (Green Building Designation) from the National Association of Home Builders.  Don received the Big 50 award from Remodeling Magazine in 2008.

Don is an active member of the Fellowship of Christian Athletes Board of Directors, Broom Tree Farm Ministry and Christ Church.  He also enjoys hunting and fishing.

He is married to his college sweetheart, Vinita, and has two daughters, Rachel and Lyndsay, two son-in-laws, Jes and Andy, and four grandchildren, Jay, Lucy, Luke, and Brenden. 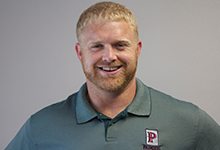 David Padgett started full time with Padgett Building & Remodeling Co. Inc. in 2007 but started working summers as a laborer when he was a teenager. He went to St. Teresa grade school, Althoff Catholic for high school, and McKendree University for college. He earned his degree in Business Management.

David lives in Belleville, IL and is married to Kim. David and Kim recently welcomed Stella to their family, their first child. Kim is an RN at St. Anthony’s Medical Center in St. Louis, MO. David and Kim have two dogs both named for hockey players: Gordon (Gordie Howe is a hall of fame player) and Backes (named for former blues captain David Backes). With that said, David and Kim love dogs and ice hockey. David started playing ice hockey when he was 5 years old and played competitively in high school and college. He still tries to play once a week.

From 2009 to 2011 David lived in Hampton, VA at Langley AFB. Padgett building remodeled 107 historical homes and 19 garages as part of the Housing Privatization Initiative during this period.

David has decided to continue Padgett Building & Remodeling into a second generation. As of July 1, 2014, David is part owner.

David is currently the General Manager at Padgett Building & Remodeling. He is in charge of marketing, business development, and maintaining an awesome company culture. 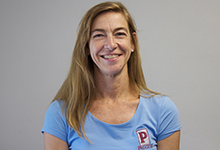 Nancy Rodenmeyer is a project manager for Padgett Building and Remodeling.  Nancy joined Padgett Building in August of 2002.  She has earned her bachelor’s degree in Business and Communications from Concordia University Wisconsin and returned to get a second degree in Construction Management.   Nancy has held several positions in Facility and Construction Management with Trammell Crow Company and CB Richard Ellis.  Her main focus was remodeling and design of financial institutions.

Nancy enjoys spending time with her family.  She is involved with her church and children’s school activities.  They love canoeing/kayaking, backpacking and just enjoying the outdoors. 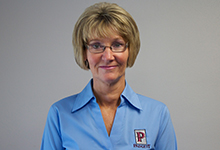 Marilee joined Padgett Building & Remodeling Co., Inc. in July, 2005 in the role of Finance Manager.  Marilee attended Southern Illinois University at Edwardsville where she studied Business Management and came to Padgett with over 20 years of operational business experience in various industries ranging from financial and governmental to manufacturing.

Marilee is originally from O’Fallon, Illinois but spent several years in San Antonio, Texas; Keflavik, Iceland and Wichita, Kansas where her husband Greg was stationed during his Air Force career.  Upon his retirement from military service, the family came back to the metro St. Louis area to be near extended family and now resides in Shiloh, Illinois.  Marilee and Greg have two children, Kevin and Justin.

Marilee and her family enjoy playing and watching sports and spend most of their free time engaged in local community and school-related sporting programs. 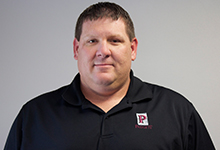 Scott Athmer joined the Padgett Building & Remodeling team in 2007 as a Remodeling Consultant. Starting in 2011 Scott became the Estimator/Designer for the company. Scott has been in the construction business since he graduated Kaskaskia College with an Applied Science Degree in drafting. He started working as a carpenter and then went into estimating and project management before joining the Padgett Building & Remodeling team.

Scott is from Albers, IL where he currently lives with his wife Deb for 13 years and his two sons Kyle and Alex. Scott is also actively involved in his community serving the volunteer fire department where he retired as Asst. Chief in 2011. He is also served on the park board in Albers until he recently was elected as a Village Trustee for Albers.

Scott enjoys camping with his family and also taking his oldest son hunting with him when his son is not playing sports. Kyle plays baseball, football and basketball which keeps the family very active. 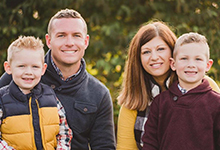 Zec developed his career with Lowes Companies Inc. from 2004-2017 where he spent his career in leadership.  He most recently led an Outside B2B Sales team over 13 States in the Midwest for Lowe’s Pro Services.  Zec has been trained in Situational Leadership, Leadership Essentials, Lean Six Sigma and Business to Business Selling.  Zec and his wife Sarah have two boys Elijah and Isaac.  They also have a German Shorthaired Pointer named Avery.  Zec is an avid sportsman and enjoys hunting, fishing, golf, softball and shooting sporting clays.  Zec is an active member of Fellowship of Christian Athletes Board of Directors, Christ Church Board of Trustees and Broomtree Farms Ministry. 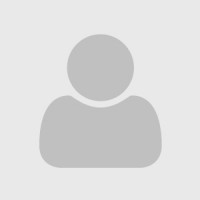 Ben Gillen started in March of 2016. Ben has been involved in construction industry his whole career. He began working at a small lumberyard in his hometown in 1996 during his senior year as part of the work program at Bunker Hill High School. He continued to work there as he completed his Bachelors in Science at SIUE. After graduating from college, he was given the opportunity to become and outside sales person with the company. Ben eventually moved into a position with a home builder where he was a project manager and customer service manager.

Ben currently lives in Staunton, IL and has been married to his wife Jessica since 2004. They have one son, Brady who plays every sport he can. They have two boxers…Jax and Oreo.

Ben spends most of his time during the spring and summer on or around a baseball field coaching his son’s baseball team. Time during the remaining parts of the year is spent taking Brady to soccer and basketball. Ben enjoys relaxing on his patio with family and neighbors. He also enjoys to do woodworking which was passed down by his Grandfather. 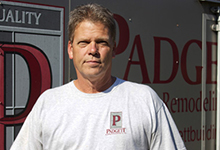 Randy (Dean) Doughty has been with Padgett Building and Remodeling for the last nineteen years.  During this time, he has served as Lead Carpenter and Project Superintendent.  Randy’s specialites include bathroom and kitchen remodels, room additoins, and basement refinishes.  He also had the opportunity to supervise historic renovations at Scott Air Force Base in Illinois and Langley Air Force Base in Virginia.

Randy was born in Belleville, IL and graduated from Belleville Township High School West in 1975.  He continued his education by completing his Carpenter’s Apprenticeship Program, Lead Paint Renovation training and OSHA 30 safety training.  He married his high school sweetheart, Cindy (Crosby) Doughty in 1978, and the two are very proud of three children.  Katie lives in Belleville and works for Anthem College.  Tyler and his wife, Kelsie (Genail), live in St. Louis, MO.  He followed the construction path of his dad to Abener Engineering.  Dylan also lives in St. Louis and works for Fastenal at Proctor and Gamble.

In his free time, Randy enjoys his Tuesday night golf league and restoring his 1977 MGB convertible.  He and Cindy often travel to their clubhouse on the Kaskaskia River or to their family home at Lake of the Ozarks on the weekends.  Randy’s goal since working for Padgett has always been to bring people’s dreams to life. 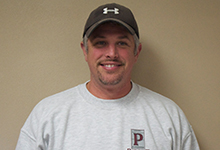 Joe Edwards is a lead carpenter and project superintendent for Padgett Building and Remodeling. He joined the Padgett Team in 2007. Joe graduated high school in San Antonio, Texas and moved to upstate New York in 1989. He started his career as a carpenter working for his uncle who owned a custom home building and remodeling company on the St. Lawrence River. Joe immediately learned the meaning of taking pride in the quality of craftsmanship that is necessary to be a true carpenter. Joe takes pride in his vast knowledge of the building trade. He has worked on projects such as victorian style homes, custom modern homes, boathouses, docks, basement finishes, kitchens, baths, etc.

Joe lives in Belleville, IL with his 3 children. His son, Nick, is 17 and is a junior at Belleville East. His daughter, Marissa, is 11 and in 5th grade at Douglas Elementary and Alexa who is 9 and a 4th grader also at Douglas.

Joe enjoys spending free time having get togethers with family and friends, going to his son’s hockey games and watching his daughters play soccer and tennis. 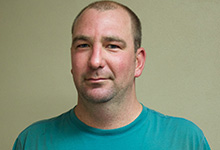 Brent joined the Padgett Building Team as an apprentice carpenter in 2015.  Brent Blacharczyk was born and raised in Belleville, IL.  He grew up on the west end of Belleville in Powder Mill Woods.  While living there he attended Althoff Catholic High School and graduated in 1998 and then attended Fontbonne University.  Brent now lives in Belleville in the Orchards Subdivision with his wife Lindsey Blacharczyk and daughter Mya Blacharczyk.  Lindsey and Brent were married on October 6, 2007 and welcomed their daughter Mya on December 26, 2009.  Brent enjoys advancing his skills as a carpenter and playing golf with friends while coaching for some local soccer teams.